In February 1989 after facing many difficulties in the Venezuelan Psychoanalytic Association, eight Full members (six training analyst) and seven Associate members decided to approach the authorities of the IPA and ask for recognition as a new psychoanalytic group in Caracas. Mutual intolerance and deep disagreements on various scientific, teaching, and administrative issues were irresolvable in spite of much effort over the preceding years to reach mutual understanding.

The group decided to send the President of the IPA at the time: Robert Wallerstein and to all members of the Executive Committee an extensive document outlining the reasons for requesting recognition. Afterward, following the suggestion of Robert Wallenstein a large delegation from this group attended the International Psychoanalytic Congress in Rome [IPAC/89] TO put forward in person our proposals in more detail. Before the trip to Rome, María Cristina Ashworth and Julio García Maldonado (Associate members) of the Venezuelan Psychoanalytic Association expressed their wish to join the initial dissident group, and they were accepted.

Upon our arrival in Rome, we were made aware of the administrative consequences of our letter of resignation. Following the advice of some of the members of the Executive Council of the IPA, we appealed to some members of the Venezuelan Psychoanalytic Association (Board of Directors) who were present at the Congress in Rome, and ask them to let us withdraw our resignation, but this appeal was rejected. Their refusal to accept our written request for re-instatement meant that at midnight of July 31, 1989 we automatically lost all affiliation with the IPA. Faced with this situation the Executive Council of the IPA decided to submit a proposal to the General Assembly (IPA Business Meeting, August 2, 1989) to accept our group as direct members of the IPA. In the plenary session this proposal was accepted by the members present, and the fifteen dissident members from Caracas, who had signed the letter of resignation, became direct members of the IPA.

Once the members of our group regained our affiliation with the IPA, we continued with our objectives. In September of that same year we sent (as requested) a formal petition to the new President of the IPA, Joseph Sandler, and to the Executive Council, asking that a Visiting Committee be sent to Caracas. In addition to this initial group of seventeen members, this petition was also signed by María Teresa Aróstegui de Blanco, Bernardina Ayala and Lía Furman de Sheinfield (associate members) of the Venezuelan Psychoanalytic Association who had joined the new Caracas Psychoanalytic Group.

The visiting Committee was composed of three members: Inga Villarreal (Chair person), Sara Zac de Filc, and Otto Kernberg. Their visit took place in December, 1989. Following this visit, at the meeting of the Executive Committee in July, 1990 we were recognized by the Executive Committee as an Official IPA Study Group with teaching functions. The Visiting Committee became our Sponsor Committee and returned to Caracas in August, 1990. At this time three new members joined the group, having left the Venezuelan Psychoanalytic Association: Doris Berlín; Carlos Rasquín; and Marisol Sandoval.

With the aim of evaluating the psychoanalytic quality of our work in the clinical, theoretical, administrative and teaching fields, two further visits were scheduled. The first took place in December, 1990 and the second in May of 1991. During these visits each member presented clinical material from psychoanalytical present cases, with corresponding theoretical, technical and clinical commentary. The results of these visits were positive, leading to our being promoted to Provisional Society at the International Psychoanalytic Congress in Buenos Aires (IPAC/91). In drafting our Constitution and Bylaws we sought to implement a series of new ideas in the area of psychoanalytic training and membership rights and duties. For example, the status of active member was created (or inactive, without loss of Society membership).

In order to maintain an active status, the member must comply with certain annual minimum requirements. A new proposal was also established: a Training Analyst should be reappointed every five years contingent upon passing the same examination process initially undertaken to become a training analyst. The Child and Adolescent Department was created, as well as the Psychoanalytic Public Care Department. It was established that candidates upon being accepted would receive the Constitution and Bylaws of the Caracas Psychoanalytic Society along with the Regulations of the Institute of Psychoanalysis. This practice insures that they are aware of their rights and obligations.

In our Society candidates can and should participate, and they are invited, to all scientific events of the Society. The Training Analyst does not report to the Institute, so we respect the confidentiality of a nonreporting analysis. This training analysis takes place with the same confidentiality principle that is typical of all analysis.

Three candidates ask to be transferred from the Venezuelan Psychoanalytic Association: Fausta Cruz Brito, Ingrid Arria and Ziva Rosenthal, and they have now completed their training in our Institute.

The Sponsoring Committee participated in the process of selecting a new group of six candidates who began their training in 1992. The Caracas Society continued working intensely in all areas. In 1994 a new group of six candidates was admitted to training. In 1995 the International Psychoanalytical Congress was held in San Francisco (IPAC/95). At that time we were promoted to Component Society Status in the IPA. In 1996 we were joined by Stella García de Rada, an ex associate member of the Venezuelan Psychoanalytic Association. In July 1997 the following candidates graduated from the Institute becoming associate members of our Society: Alicia Elena Díaz, Keila Graterol, Rosa Lagos, Adriana Levy, Teresa Machado and Evelyn Pedrique. In September of 1997 a new group of eight candidates were admitted to psychoanalytic training.

In December of 1997 the Caracas Psychoanalytic Society was made up of twenty Full members, twelve Associates members and fourteen candidates in training. It carries out clinical and theoretical scientific activities (round tables, panels and symposia) every Saturday morning, and theoretical courses, open to all mental health professionals are conducted on Tuesdays and Thursdays in the evening. There are many study groups, some exclusively for members, and others open to all those interested. Almost all the members participate in university activities, such as conferences, and supervision of groups and individuals. In April of every year, the Annual Caracas Psychoanalytic Encounter is held. It is open to the general public, and sometimes features international psychoanalytic speakers. En October of every year the annual Child and Adolescent meeting is held open to general public. The Society offers a Psychoanalytic Public Care Service, which offers analysis at very low cost.

The theoretical orientation of our members is varied, and the training programs are of a pluralistic nature, studying Melanie Klein, Wilfred Bion, theories of Self, Theories of Ego Psychology and the study of Jacques Lacan works, as complements to the exhaustive and detailed study of all Sigmund Freud’s works. In our Society we maintain a climate of scientific mutual respect and tolerance to the difference, which promotes, we think, the cross-fertilization of ideas. The Society publishes, twice a year, a psychoanalytic journal called Tropicos , which contains the psychoanalytic work of the members and the unpublished work of international writers. The magazine began circulation in January, 1991, has a run of 500 copies, averages 160 pages, and is financially supported by the Society. The Society made an unsuccessful experiment producing (Volume: 5) on a diskette format containing 350 pages.

All these years up to 2009, our Society has maintained its intense teaching, administrative, clinical and cultural activities. In 1998 a regular Film Psychoanalytic Forum was open to the general public. It runs on Saturday mornings once a month. One recent film is projected in a regular public cinema house. One analyst and one non-analyst person present their views of the film, and then a free discussion is open to the public. This program is very successful and it always runs with a full house. So far it has been running until today.

In 1999 a serious political turmoil begins to shatter all levels of our Venezuelan once peaceful community. Since then the social and political turbulence and violence has permeated our Psychoanalytical community and practice. Both local IPA Psychoanalytic Societies, along with other Psychoanalytic non-IPA groups and societies, has raised their voice locally and internationally denouncing: several government abuse of power, abuses on human rights, seriously decrease freedom of speech and the evident absence of all democratic foundations. The clinical practice (private) of psychoanalysis has been in jeopardy. The analyzand free association, the analyst neutrality and the analyst abstinence rules has been difficult to keep under this duress circumstances. Economic survival is also in danger. Several (eight) analysts from our own Society, plus several analyst from other societies have been force to migrate elsewhere. They neither feel safe, nor productive under these dangerous circumstances.

Despite danger and economic obstacles we continue with our work offering psychoanalytic training and the rest of our theoretical, clinical and cultural activities. Sometimes these activities have to be postponed or cancelled, due to severe street violence and political marches. Some other times, we do our work as usual, as if nothing is happening. We have gain new insights. For example, even within our Society, we realize we are afraid to speak clearly of our future plans. We begin not to trust our friends and colleagues and we develop extra careful manners. Depending on the political news of the day and depending on the new threat impose on the community the fear of the day will be high or low. Persecution and political repression is on the rise. Anti-Semitism is common, as seen on the savage attack on the synagogue and Jewish schools.

All this local events had led to an increase difficulty in successfully inviting overseas analyst speakers. The increase in street assaults and ‘express kidnappings’ had made it very difficult for our guest speakers to come to Caracas. They postpone all invitations. In addition, this particular situation made it impossible to organize and offer the Latin America International Congress (FEPAL congress) in Caracas. The Congress had to be move to Guadalajara (México) due to the impossibility (to dangerous) to run it in Caracas.

Despite all this difficult socio-political circumstances our Society has been growing during all these years. At the present time we have a total of forty five active members (eight have already migrated but retain their society affiliation) and we have eleven candidates. We offer openings for Psychoanalytic training every two years. Our selection of candidates maintains their high standards. We keep our training analyst re-confirmation tradition, so every five years we have to re-confirm our functions as Training analyst. Our commitment to the cause of Freud and to the support and spread of Psychoanalysis is maintain with very high spirit. 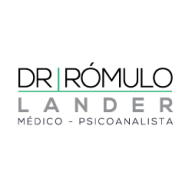